A quick overview on how custom maps were made back in the Halo 2 Xbox days, applied to Halo 3.

This isn't a tutorial just a glance over.

We will be going through the process of creating a custom map but in the old school way of mulling out BSP geometry and using any objects that we can salvage from the single player campaign maps. So the first thing we need is some objects to actually use. Back in the days of Halo 2 we would use machines from the campaign as custom geometry and the basis for our custom map. So image a map from Halo 3, remove all its native geometry and you suddenly have a blank canvas that you can populate. It's important to note the bounds of the BSP and use the largest possible map and also take into account the maps physics size on the disc, as I want to have quite a lot of single player assets injected, namely quite a lot of AI related tags.

An example of using this method is shown in the platforms map that I showed a few months ago, the platforms are actually machines from 110_hc.map. 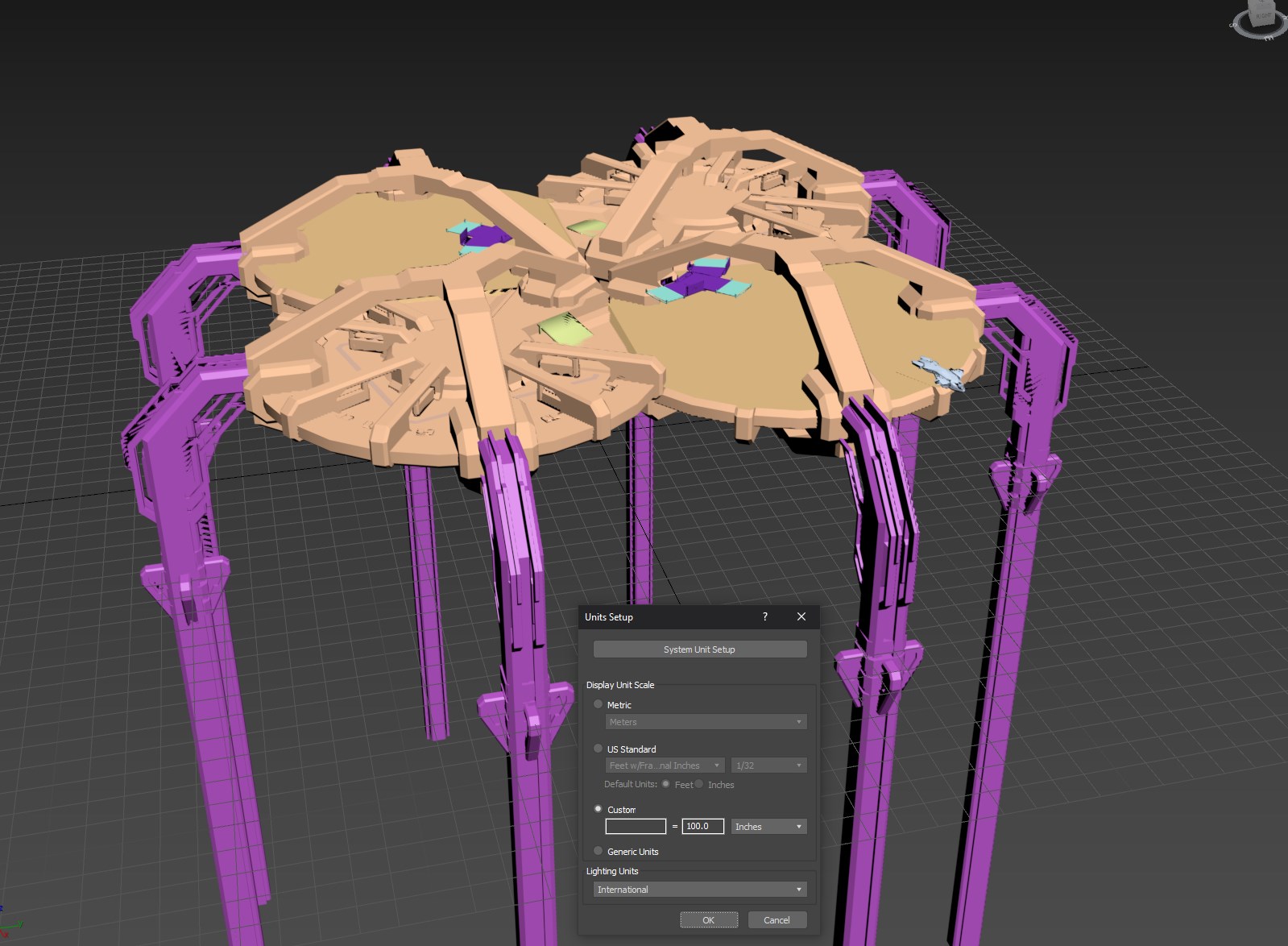 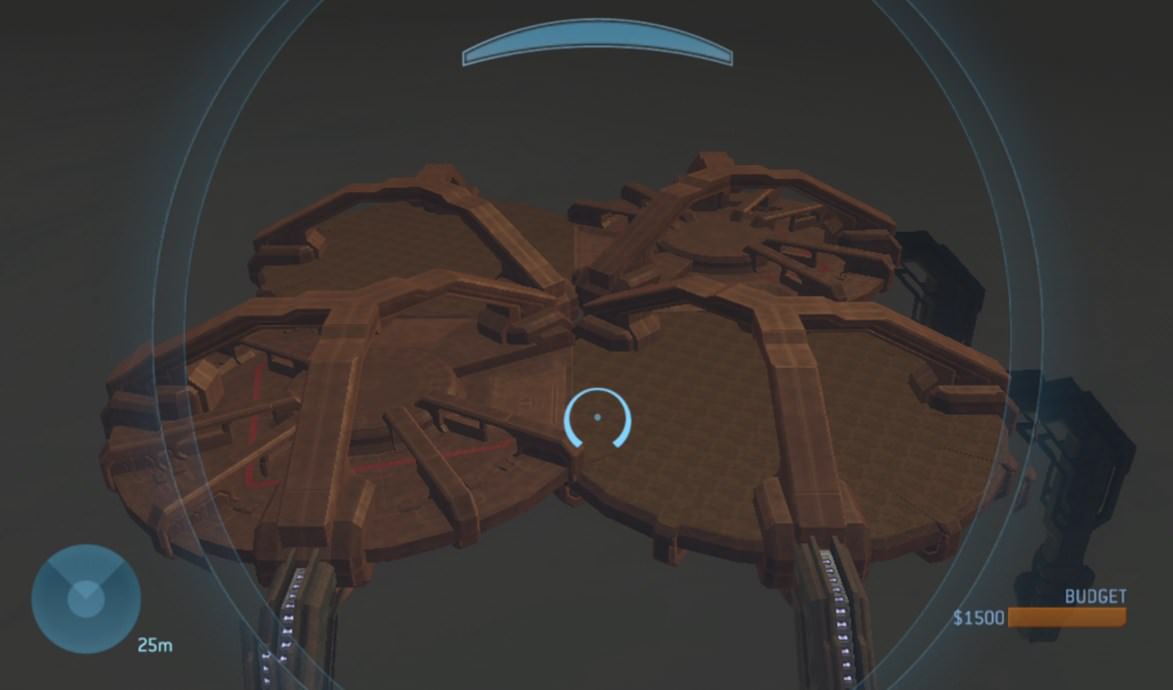 Something to take into account is lighting, broken lighting can be resolved by using fake light maps. Replace the existing bitmaps with blank ones, experiment for the best outcome.

Plan things out. You can use a program such as 3DSMax for this along with Adjutant's import script to get all the objects you may need into a scene and pieced together. Set your unit setup to 100 inches and you will have one to one coordinates just like in engine. By far the best maps to use my opinion would be those from the DLC maps as they tend to contain all the weapons and vehicles that you may want. Don't forget about file sizes! The last thing you want is to be half way through a maps creation and run out of space from being a idiot and injecting too much garbage... Yikes.

Don't forget you can always scale and object's render model and physics model to make it larger or smaller! Lots of things can be built doing this.

So you have a target map and some objects to use for the basis of your maps geometry, lovely. Lets remove all the existing BSP geometry so we can get down to populating our map with new geometry. Take a look at your map's SBSP tag, before you can go about clearing it out you need to understand how the map is constructed. The bulk of a map is created from two things: Clusters and Instanced Geometry. Clusters are typically used for the displaced terrain of a map, think of the sand dunes on shrine. Instanced Geometry tends to be all the more complex and convex pieces of geometry, the multiple pieces of the tombs on shrine and the scattered parts of the crashed phantom are all instanced pieces of geometry. To give you a better idea I was working on a map called Thunderdome until I reached space issues (Hint Hint) and ended up moving away from it. Thunder dome is actually made from a single player BSP injected into sandbox and given a nice back drop with a enlarged scenery piece to fill up the backdrop. But on this BSP is a big ugly ass half of a boat that takes up a lot of space, I actually removed it from the BSP. How you ask? Instanced geometry. 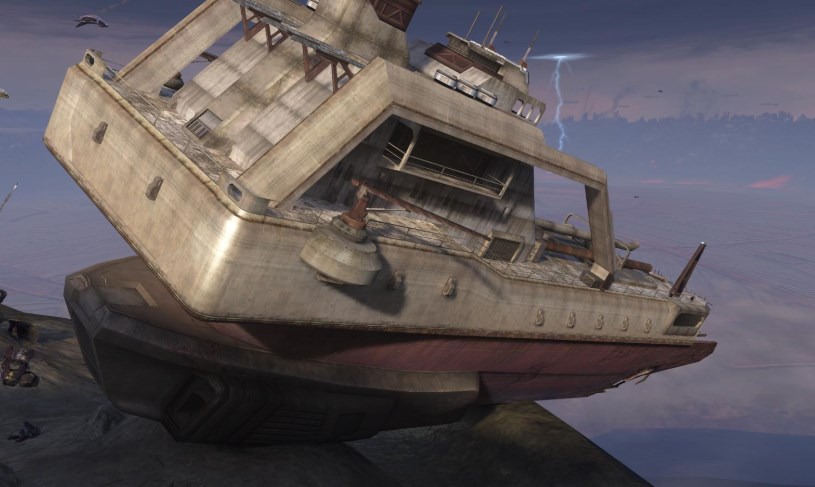 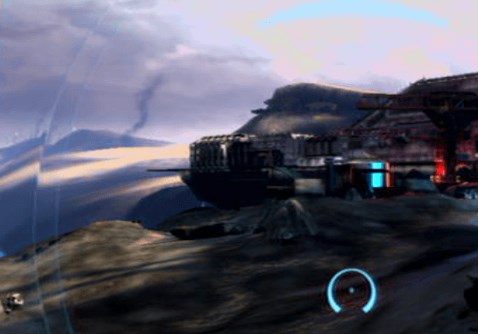 If you extract a BSP using Adjutant and import it to 3DSMax you can see all the various pieces of Instanced Geometry and various Clusters that actually make the map. Following this information you can selectively remove the geometry from the map just by scaling it down to 0. This also removes the collisions thankfully so no need to panic about dealing with MOPPs. With clusters things are slightly different and we will talk about them later. But as a quick experiment you can find a piece of Instanced Geometry in 3DSMax and then goto its block in Assembly, make a few changes and finally poke or save. Load up the map and observe the changes you have made. So with this logic in your head you can simply set the scale of all instanced geometry in a map to 0 as a means of removing almost all of its geometry, after that you can either manually remove the clusters or just set their rmtr bitmaps to invisible ones. You will now have a big empty map. Remove any extra spawned items like vehicles from their relevant blocks in the SCNR tag. Now its starting to feel really empty indeed.

Shrine with all its Instanced Geometry removed. 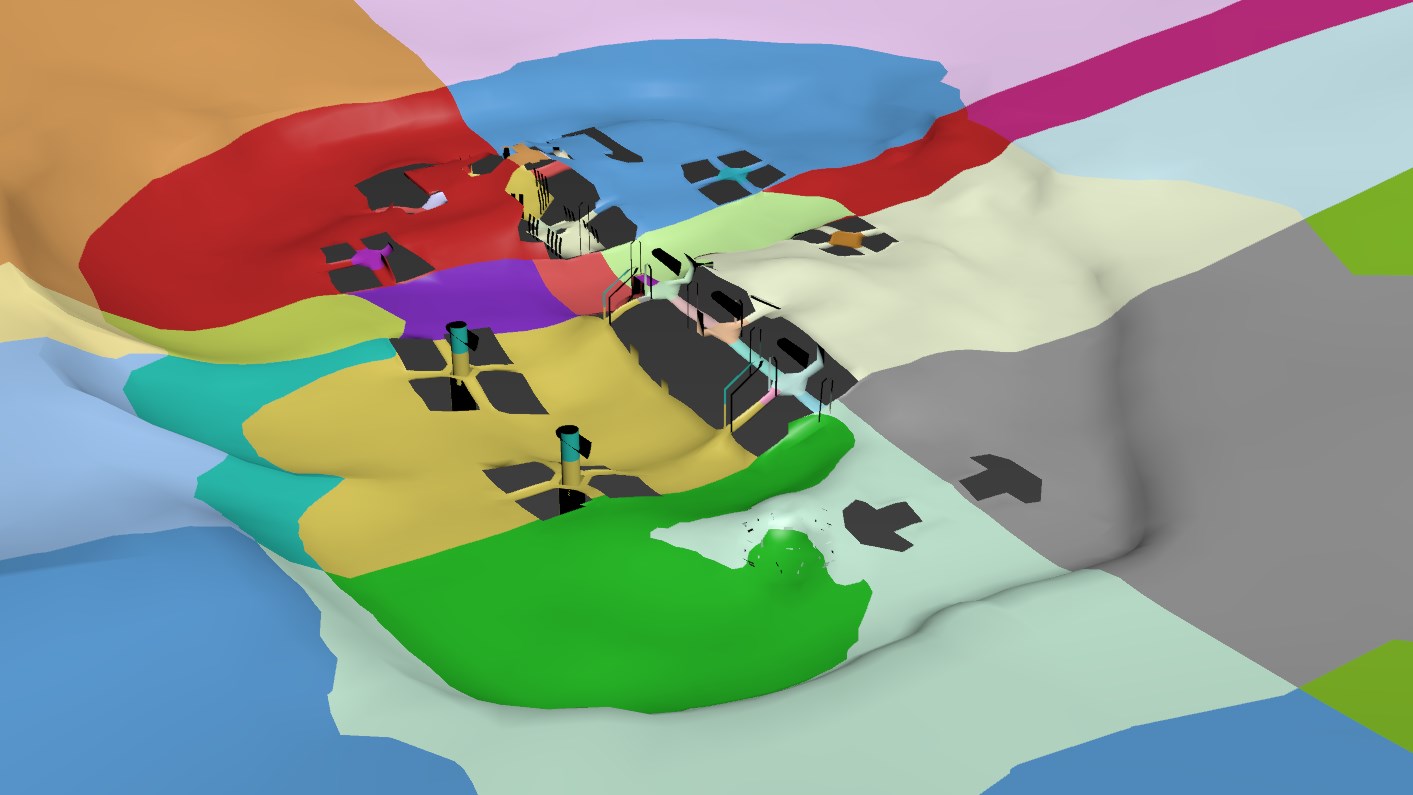 You can now get onto the hard part, building a new map from only things that you have injected or salvaged. Machines... objects... anything that has proper collisions will work. Add in some spawn points and you are on your way. Set a custom sky dome up add some weather effects and now you have something truly unique. This is how I used to do things years ago, there was very little information on forums combined with good old dial up I had to figure most of this out on my own back in the days of Halo 2. It's kind of stuck when since then so I thought I'd write out my process here for all of you to enjoy or mock. Yikes.

No one seems to really have done this for any of the modern games, so why not give it a go? make some stuff!